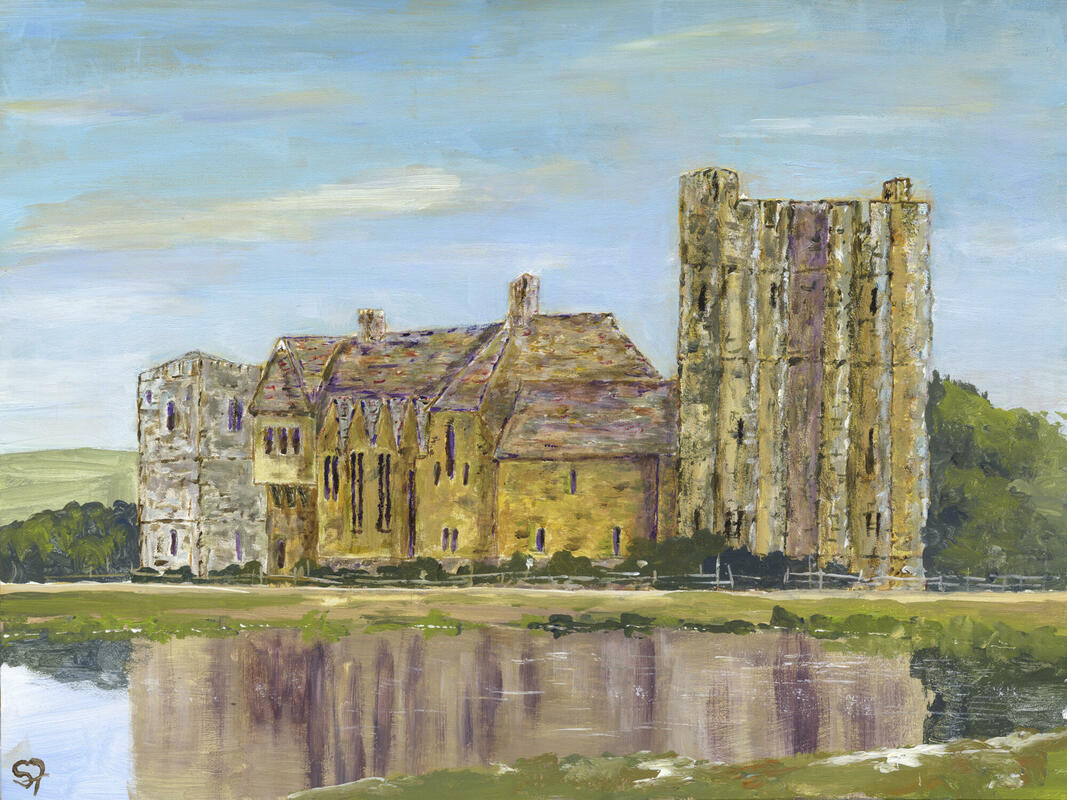 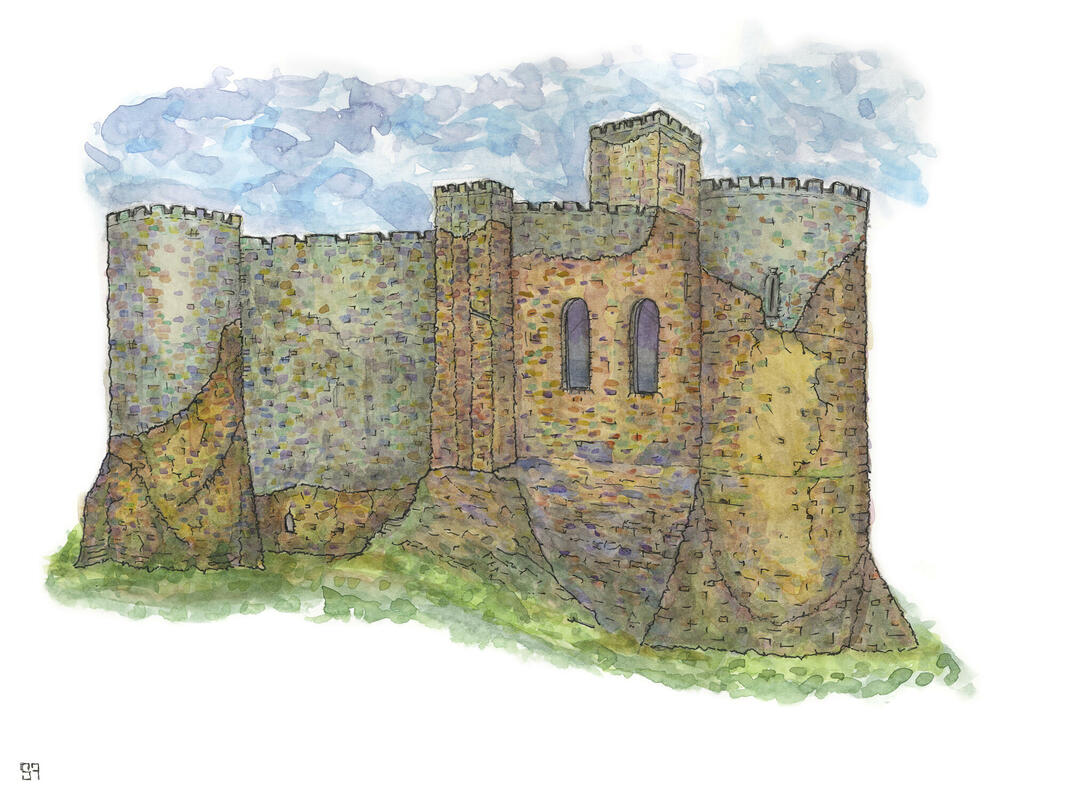 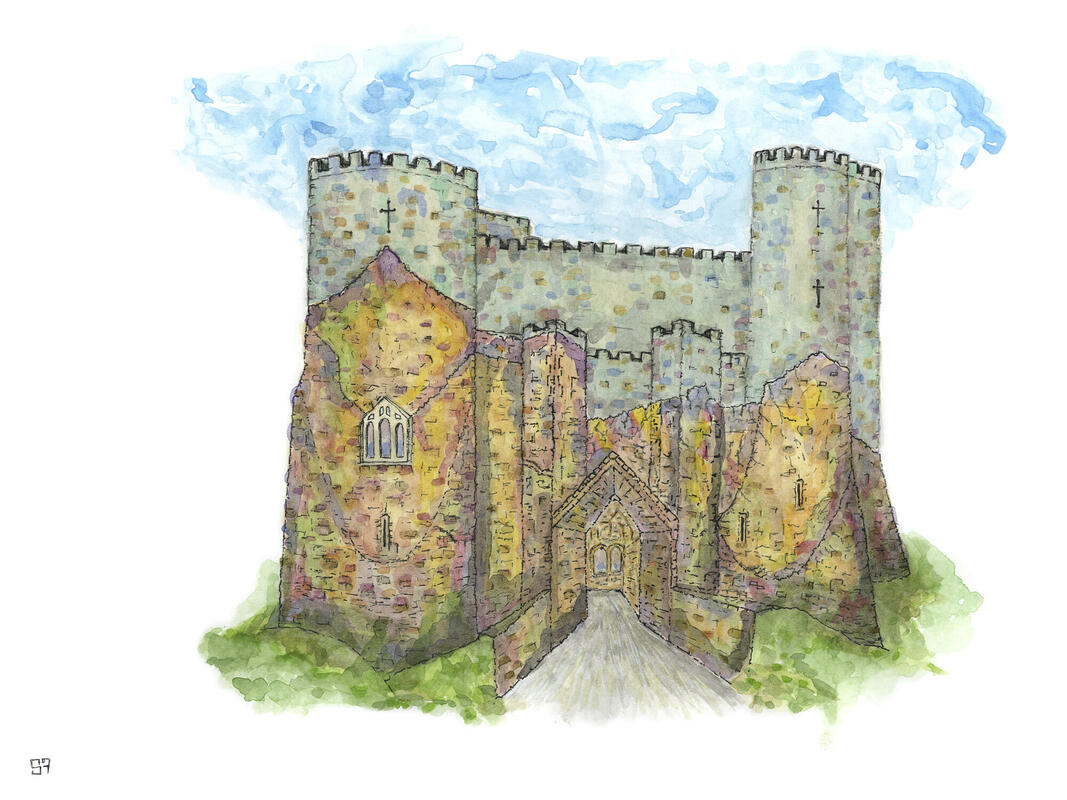 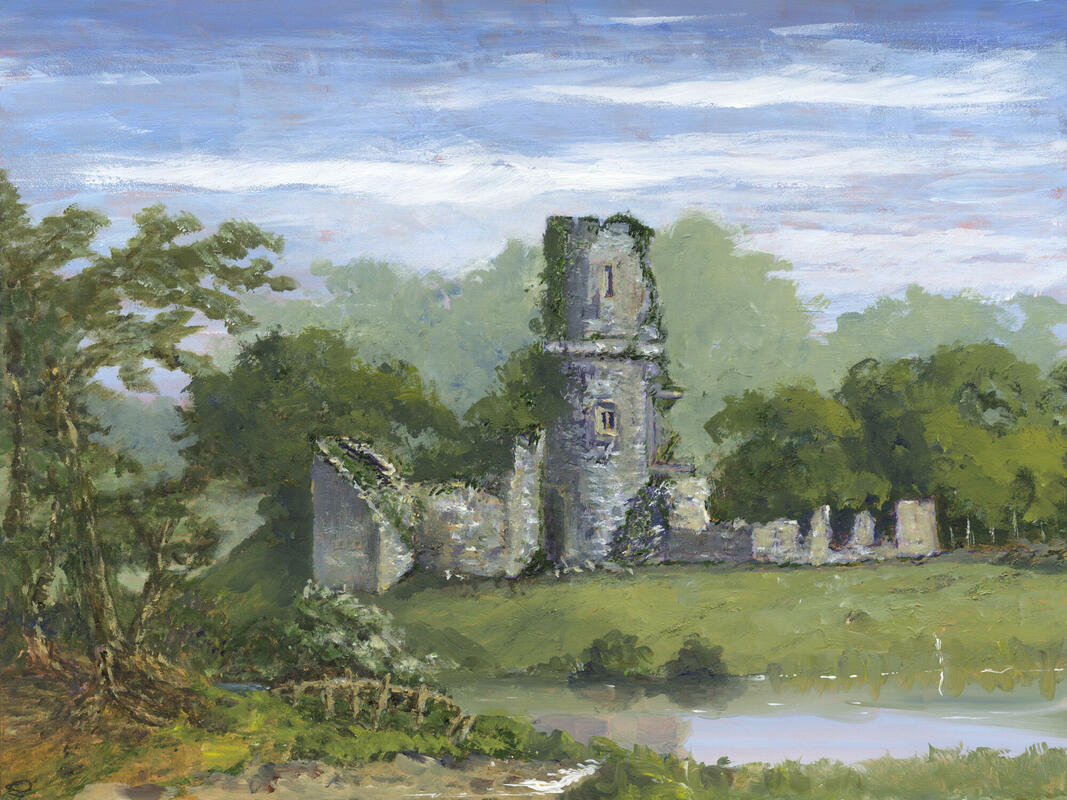 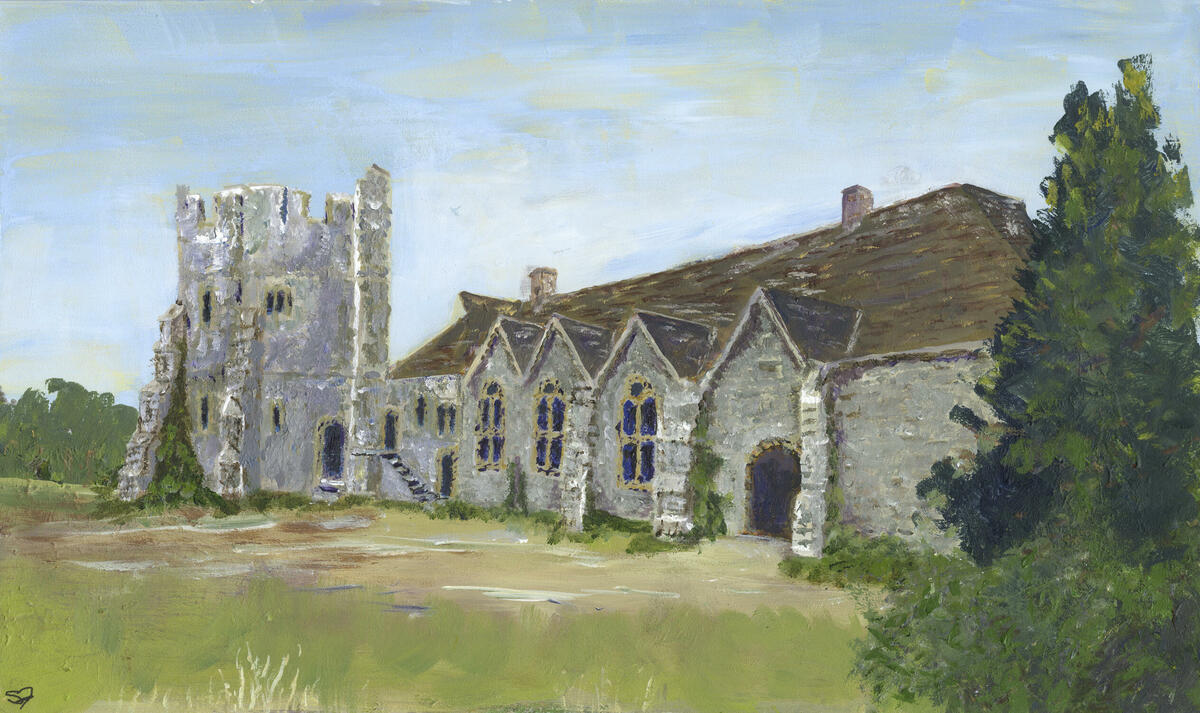 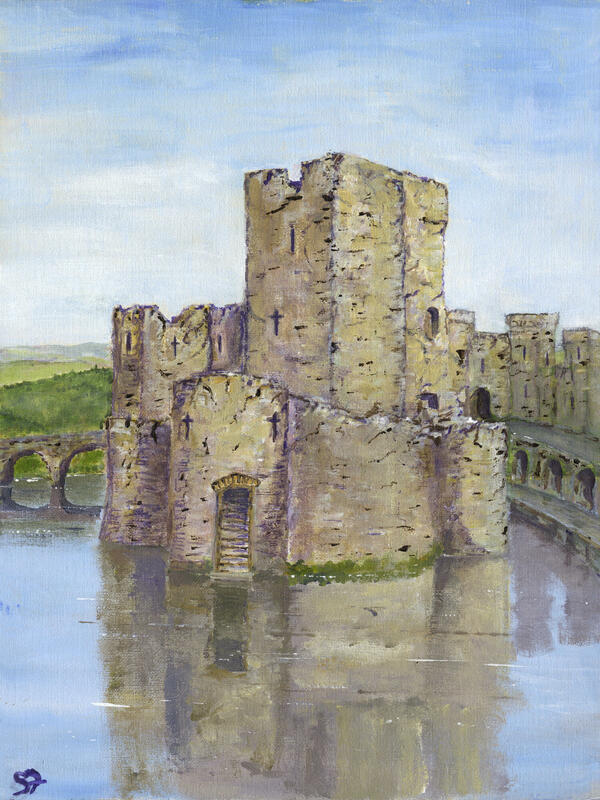 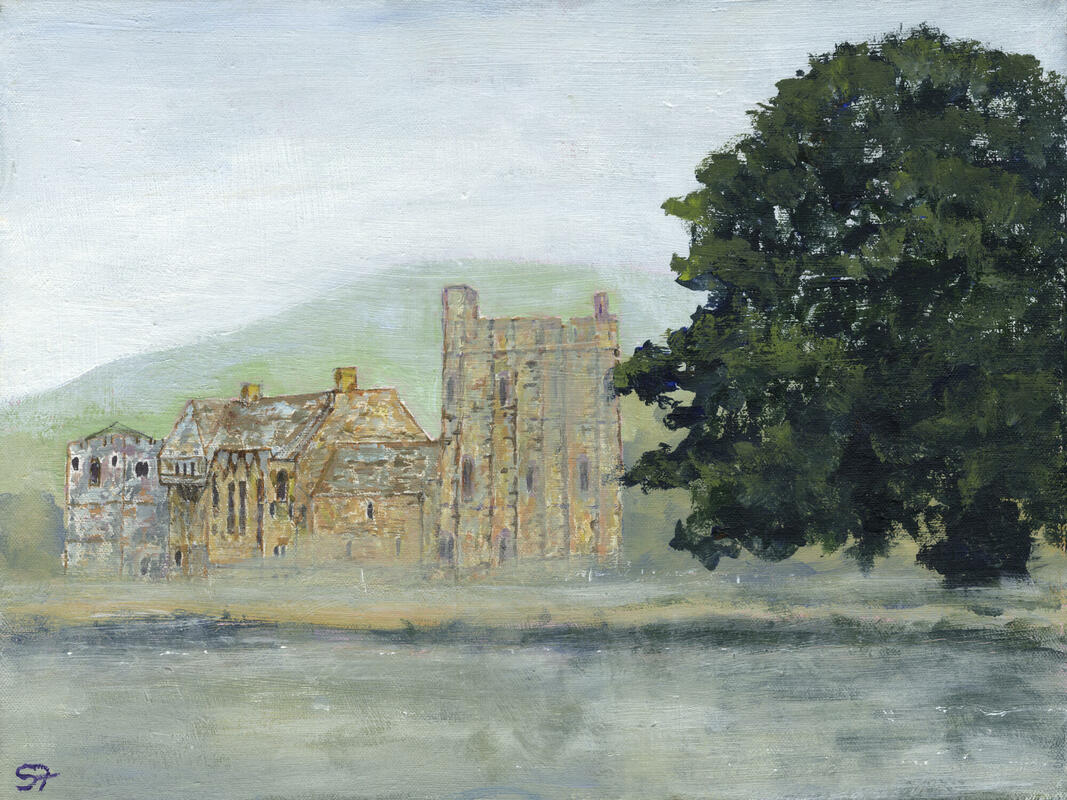 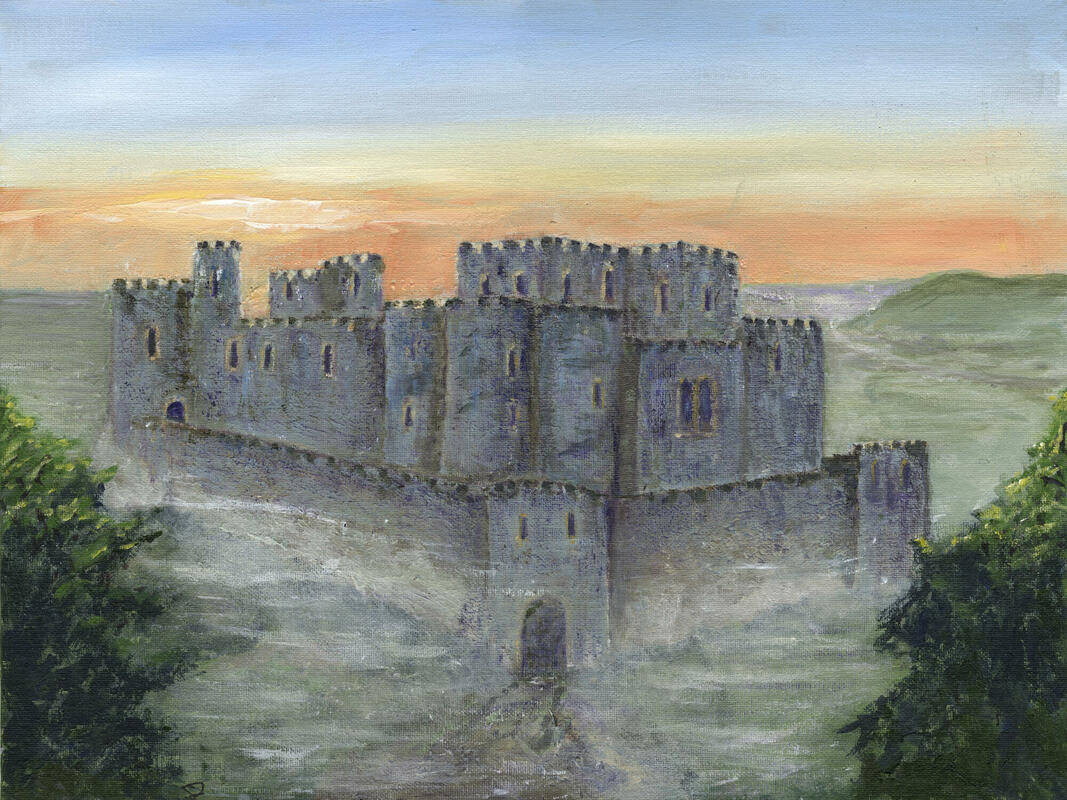 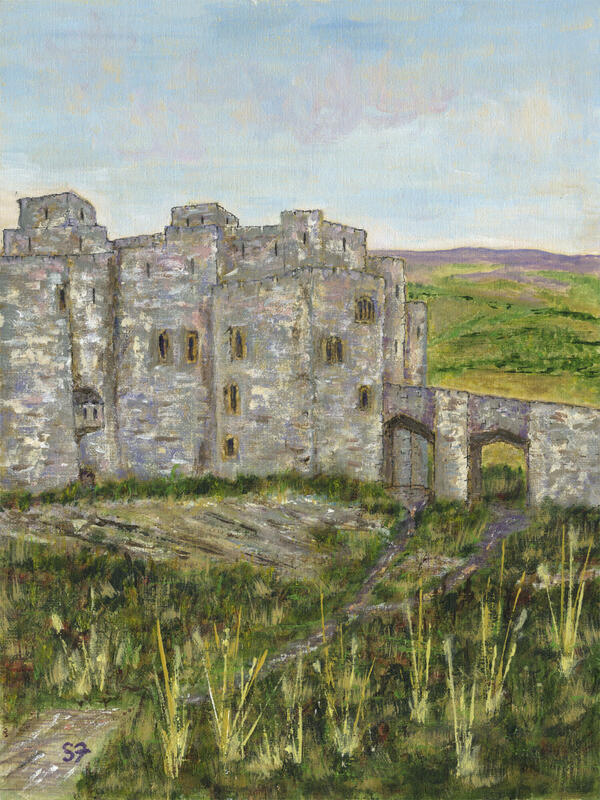 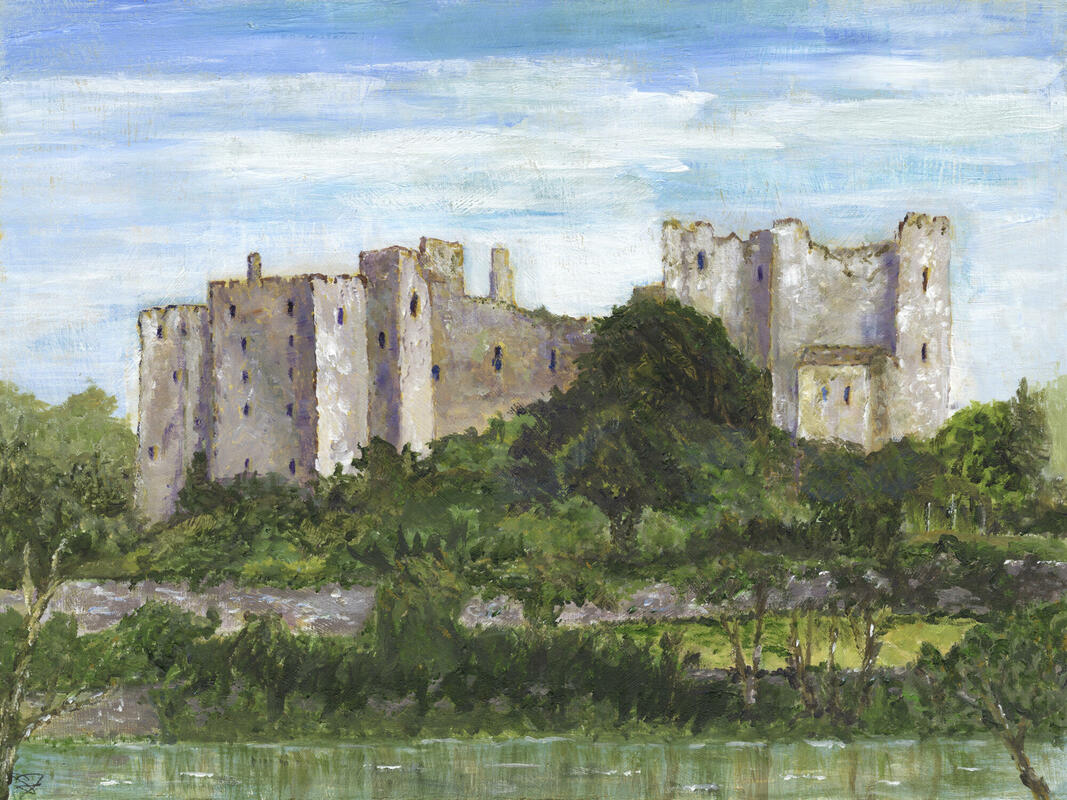 Having graduated from University with an Engineering degree, my training in art became rather stereotyped for the next 40 years up to retirement. Over that period I became well versed in the Dulux emulsion school at various locations involving new housing, and occasionally ventured into the more exotic gloss painting, primarily white!!
It was not until retirement when the urge to paint as an artist, and not an artisan, suddenly arrived on the scene.
I have always been interested in castles, and following the Worcestershire Open Studios event in 2018, I started a few castle sketches using discarded watercolours as my wife moved into oil painting.
During 2019, I used watercolours to produce illustrations on how a castle may have looked 500 years ago superimposed on the ruin as one can see today. This was fine until moving on to complete castles, using the same basic colour to show ruined and original building. With watercolour, this ended up in "mud mixing", which I understand is not uncommon, and this prompted a move to acrylic paint, much more suited to the new artist.
In the Covid pandemic, the opportunity to visit sites etc was severely restricted, and the main source of sites to paint castles was obtained through the internet. From that time to the present, I have concentrated on the English/Welsh castles, featuring along the line of the Marcher castles from Chepstow up to Flint in North Wales. There are several sites along this line from impressive ruins at Goodrich and a pile of brickwork made safe at Myddle Castle in Shropshire.
I find that now I have three categories to concentrate on:
The ruins as they exist today.
The castle as it may have looked 500 years ago (prior to castle slighting after the English Civil War).
The castle prior to renovation by preservation concerns, who made sites safe for public access, but in doing so removed vegetation and old building materials. Old Engravings and plates show castles 100/200 years ago in a ruined state, but with the nature reclamation in place giving these sites a magical appearance.
The moral of this tale is if you get the urge to paint, give it a go even if you think you have no talent. With guidance and encouragement you may find that your latent abilities surface, giving much satisfaction. 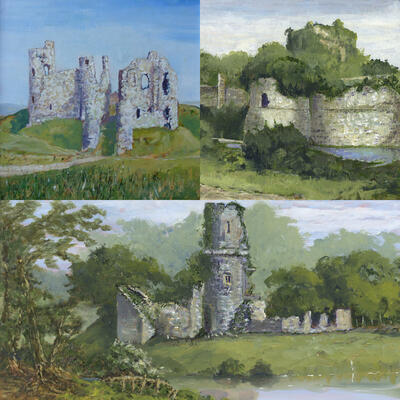